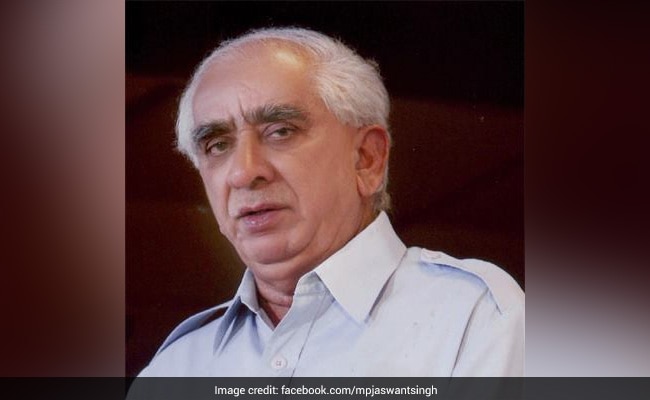 Jaswant Singh died today at 6:55 AM after a cardiac arrest at a Delhi hospital.

Veteran BJP leader LK Advani today condoled the death of ex-union minister Jaswant Singh, who died this morning in Delhi. “He was not only one of my closest colleagues in my party, but also a very dear friend,” LK Advani said as he remembered Jaswant Singh, one of the longest serving parliamentarians in the country and a key aide of ex-prime minister Atal Bihari Vajypayee.

“I am at a loss of words while condoling the passing away of Shri Jaswant Singh ji. Jaswant ji was an outstanding Parliamentarian, an astute diplomat, a great administrator, and above all, a patriot. Hailing from Rajasthan, Jaswant ji became one of the tallest leaders of the Bharatiya Janata Party and contributed greatly throughout his active years in the BJP,” the 92-year-old veteran BJP leader said, paying tributes to Mr Singh.

Jaswant Singh died today at 6:55 AM after a cardiac arrest at Delhi’s Army Hospital (Research & Referral) where he was admitted in June. He had served as India’s foreign minister, defense minister and finance minister.

“As a member of the Vajpayee Government, he singularly and deftly handled the three most important portfolios of External Affairs, Defence and Finance. While handling tenacious issues during those six years, a very special bond was formed between Atalji, Jaswant ji and myself,” LK Advani was quoted as saying in a statement.

“As a person, Jaswant ji was a true gentleman and will be remembered as a soft-spoken, erudite and warm hearted person. He was known for his sharp, analytical mind and was respected by people across the political spectrum. Like me, Jaswant ji was also a great lover of books and we often shared notes about this common interest. I cherish my long association with him in public life and the bond shared between our families,” the tribute read.

“His passing away is a huge loss to the nation and personally to me. May his soul rest in peace. My heartfelt condolences to Sheetal ji, Manvendra Singh, Bhupendra Singh and all other members of his family,” LK Advani said, mentioning the grieving family.

Jaswant Singh won four Lok Sabha elections and was a member of the Rajya Sabha for five terms. He did not have an RSS background. But his closeness to Atal Bihari Vajyapee and LK Advani ensured that his talents were recognised.