Expressing anguish over the ‘humiliating’ conduct that he was subjected to, Harivansh wrote that he couldn’t sleep the entire night as he was troubled over the unruly proceedings of the House.

Early morning drama was witnessed inside Parliament complex when Rajya Sabha deputy chairman Harivansh arrived with tea for the eight suspended lawmakers. Sources said that while some MPs spoke to him about Centre suppressing Opposition voice over farm bills, others linked the bedlam in Upper House to Bihar elections. However, the discussions didn’t seem to bear fruits as Harivansh soon wrote an emotional letter to RS Chairman Venkaiah Naidu, announcing that he was on a day-long fast.

Expressing anguish over the ‘humiliating’ conduct that he was subjected to, Harivansh wrote that he has not been able to sleep as he is troubled over the unruly proceedings of the House. 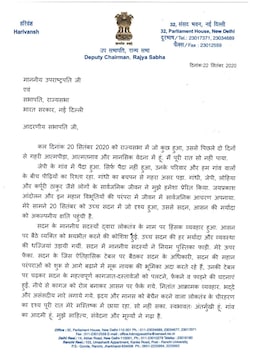 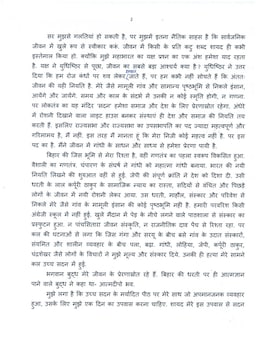 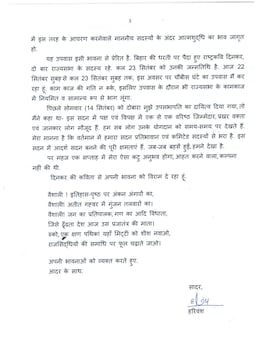 In a letter to Vice President Venkaiah Naidu, Harivansh wrote that he “will observe a one-day fast till tomorrow as he was anguished over opposition attacks in the House”. 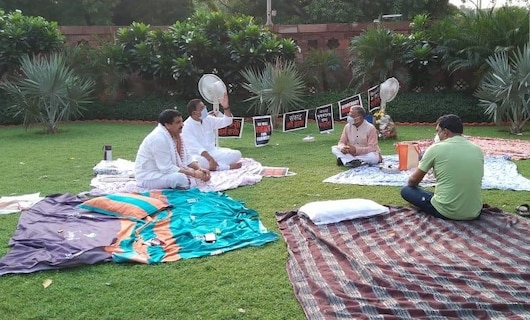 Opposition members, objecting to the manner in which the two farm bills were being passed, had on Sunday stormed the well of the House and when their demand for voting wasn’t met, they tore papers, climbed on tables, shouted slogans, and allegedly threw the rule book at Harivansh, who was presiding at that time.

Condemning their behaviour, Chairman M Venkaiah Naidu said Harivansh had informed him that he was “abused with objectionable words” and “would have been harmed also”. Opposition parties hit out at the government over the suspension of the eight Rajya Sabha MPs and sat in for an “indefinite” protest on Parliament premises against the move.

Opposition parties like the Congress, CPI (M), Shiv Sena, JDS, TMC, CPI, and the Samajwadi Party also protested in Parliament premises carrying placards with messages such as “Murder of Democracy”, “Death of Parliament” and “Shame, shame”. Soon after the Zero Hour, Naidu said he was “pained” at the happenings during the passage of The Farmer’s Produce Trade and Commerce (Promotion and Facilitation) Bill, 2020, and the Farmers (Empowerment and Protection) Agreement of Price Assurance and Farm Services Bill, 2020.