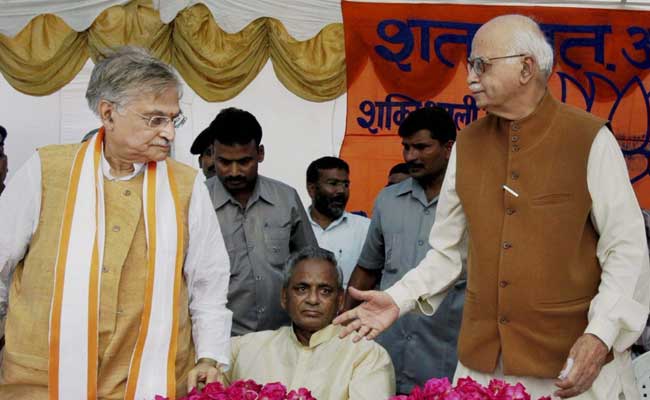 LK Advani was asked over 100 questions by the court, he has denied all charges.

The judgment in the 28-year-old case involving the demolition of the Babri Masjid — an event that changed the country’s political landscape and social fabric — will be delivered on September 30. Among the list of 32 accused asked to be present in court are BJP veterans LK Advani and Murli Manohar Joshi. Union Minister Uma Bharati and former Rajasthan Governor Kalyan Singh are on the list as well.

Mr Advani, Mr Joshi and Ms Bharati —  key leaders of the BJP at the time, are accused of conspiracy that led to the demolition of the 15th Century mosque in December 1992.

In July, Uma Bharti told NDTV “it does not matter” to her what the judgement in the case will be. “If I am sent to the gallows, I will be blessed. The place where I was born will be happy,” she had told NDTV.
The judgment will come at the fag end of the deadline given by the Supreme Court to the special court hearing the case.

In April 2017, the top court had asked the special court to conduct day-to-day hearings and complete the trial within two years. It was given several extensions thereafter and when the special judge asked for more time, the court extended the deadline to September 30.